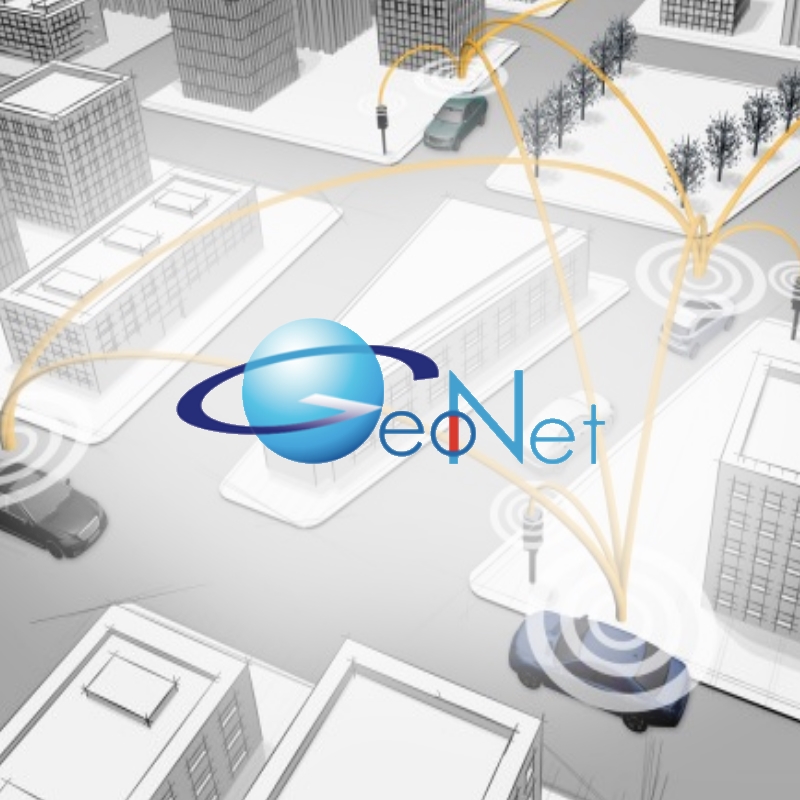 GeoNet is a project funded by the European Commission (7th Framework Program), which started on February 2008 and ended on January 2010.

To complement the Car to Car communication Consortium work, GeoNet designed, implemented and tested an IPv6 geonetworking architecture that is now used as a basis in the V2X standardization work in Europe.

GeoNet out-put covers the IPv6 over Geonetworking part of the ITS architecture, and also the GeoNetworking layer itself.

Both specification and implementation of the GeoNet GeoNetworking layer are used in PRE-DRIVE C2X project which prepares upcoming Field Operational Tests (such as DRIVE C2X). This makes GeoNet remains alive even after the end of the project, which is a big success.